I just thought I'd give a quick PSA regarding buying wifi dongles on ebay. Sometimes I think ebay's tagline should read "Ebay : Caveat Emptor" instead of "Ebay : World's Online Marketplace" :)

I recently scoured ebay for usb wifi dongles using the RT5370 chipset for use in my PiFi Mini project, I'd found this chipset is nicely supported by raspbian and works great in both managed and ap modes.

I already had one kicking around which I used when I was developing the project but I found it's signal levels lower than they should be so I wanted to order a few others. I ordered two different ones on ebay, one with an external antenna and one without. 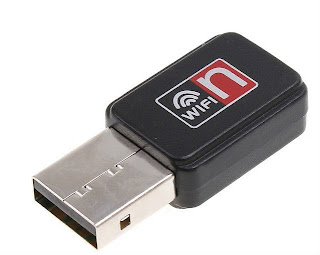 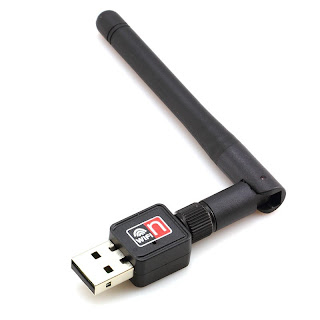 The version without the antenna arrived first and works great (ebay seller ovolink) and I found the signal levels to be better than the original dongle I was using. A week or so later the antenna version arrived (ebay seller priceneer) but I didn't have a chance to test it right away.

Today I finally tried it and was surprised to find it did not work with my Pi. I plugged it into a Windows PC and using the Device Manager I checked the PID and VID numbers and found that instead of being vid_148f&pid_5370 it shows up as vid_148f&pid_3070. Even stranger was that after taking the casing apart I found the chip inside is indeed marked as RT5370???

As far as I can tell one of two things is happening here:
1) These chips are actually 3070 chips and were deceptively labelled 5370 or
2) They really are 5370 chips but the eeprom was programmed incorrectly.

Now with these dongles being as cheap as they are and all of them coming from China either explanation is possible, theory #2 could be a factory mistake and these were sold out the backdoor. Working in the electronics field I'm always astounded by the amount of fake/counterfeit/backdoor chips out there even when the real thing is only pennies a piece.

Further investigation showed that my Pi was loading the RT2800usb module and a bunch of googling found others had issues with this chipset. One solution shows installing ralink wireless tools, blacklisting the rt2800usb and instead loading the rt2870sta module. More work than a $6 dongle is worth for me at the moment so it's going back in the box for now.

I've sent and ebay message to the seller priceneer explaining that his listing is incorrect and asking if they are willing to do anything. Since it would cost me more than the $6 the dongle is worth to ship it back I'm not going to bother with that. I asked the seller at the very least to update his listing so that others aren't mistakenly ordering it thinking it'll work with their Pi. In their defence they might have been fooled themselves.

If you experience issues and your Pi doesn't seem to be working this could be your issue.

Checkign VID & PID in Raspbian:
Type the following into a terminal session:
lsusb

Checking VID & PID in Windows:
In Windows as soon as you plug the dongle in if you press the windows key + pause/break to open System Properties, then click on the Hardware tab, then click Device Manager, you should see a device with a yellow triangle and exclamation point and it will be listed as 802.11 n WLAN. Right click on this then click on the Details tab, it will show you the VID and PID numbers.

So in short, be careful when ordering dongles even if they claim to be a certain chipset. If your chipset isn't the 5370 you may be able to get it working by following some help online, however since I've not tested the RT3070 chipset I can't say whether it would work with the PiFi project.

UPDATE:  The ebay seller Priceneer has contacted me and claim that they mistakenly sent me the wrong item and that they are willing to either refund or reship. They were really quick with a response and seem eager to help resolve the situation.

UPDATE 2: After a few back and forth emails it turns out they cannot send me a replacement that wouldn't suffer the same issue so they're refunding me and letting me keep the original item.
Posted by jphphotography at 4:48 PM

jphphotography
I'm a very creative person, if I'm not knee deep in some type of project then there's something wrong. My interests vary widely and so does my knowledge. Most of the stuff I do is all self taught, I just dive headlong into something and learn as I go.

Besides tinkering with Pi's I'm also a photographer and graphic designer, here are some of my other online places.

This is a Flickr badge showing items in a set called Best of JPH Photography. Make your own badge here.